This week will cast some light on one of the central pillar of our gameplay: the Chronowheel.

The Chronowheel is the artefact allowing our heroes to travel through time. It is also a way for us to play with some of the key features of modern Roguelikes such as randomness and a gradual learning curve. Concretely, the Chronowheel adds three news game mechanics to each level. We call these “time paradoxes”. 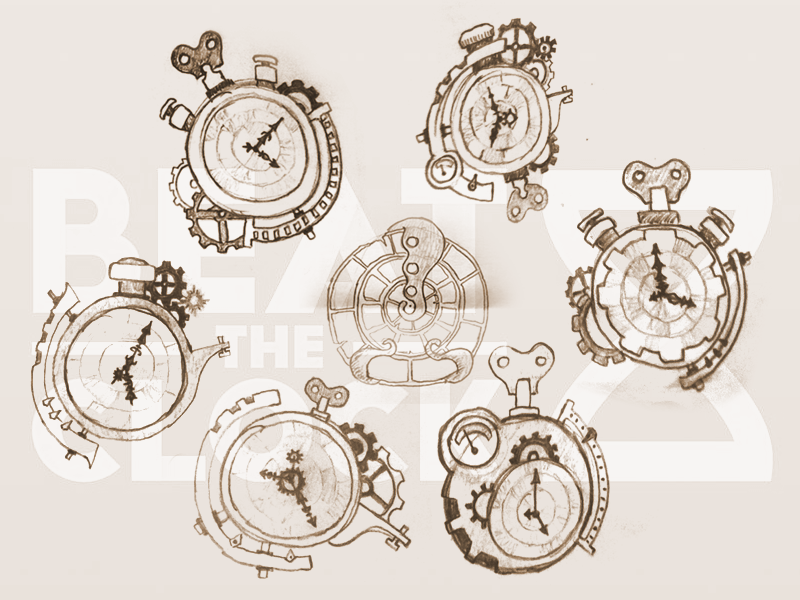 Time paradoxes can be divided between three categories: bonuses, penalties and specials. Like a wheel of fortune, each of the three hands of the Chronowheel will select a paradox on its dial. The combination of these three paradoxes will then partly define the level you will have to run through. To this day, we count over 350 possible combinations.

Here are some examples of these time paradoxes:

Mirror: reverse the direction of the run.

Plague: creatures and heroes begin all combats with a poisoned condition.

Murphy’s Law: triggering a trap increases the loss of Chronium caused by next traps (Chronium is as essential a resource as health points).

Transdistortional teleportation: triggering traps will give a chance that a hero may be replaced by another.

Echo of the past: the first hero to die is simply sent back to the present.

Temporal contamination: a loss or gain of Chronium affects all adjacent heroes.

There are of course many more of these paradoxes, but they depend on game mechanics that we have yet to present: runes, the combat system, the skill tree in your base, etc. But we’ll come back to that later!